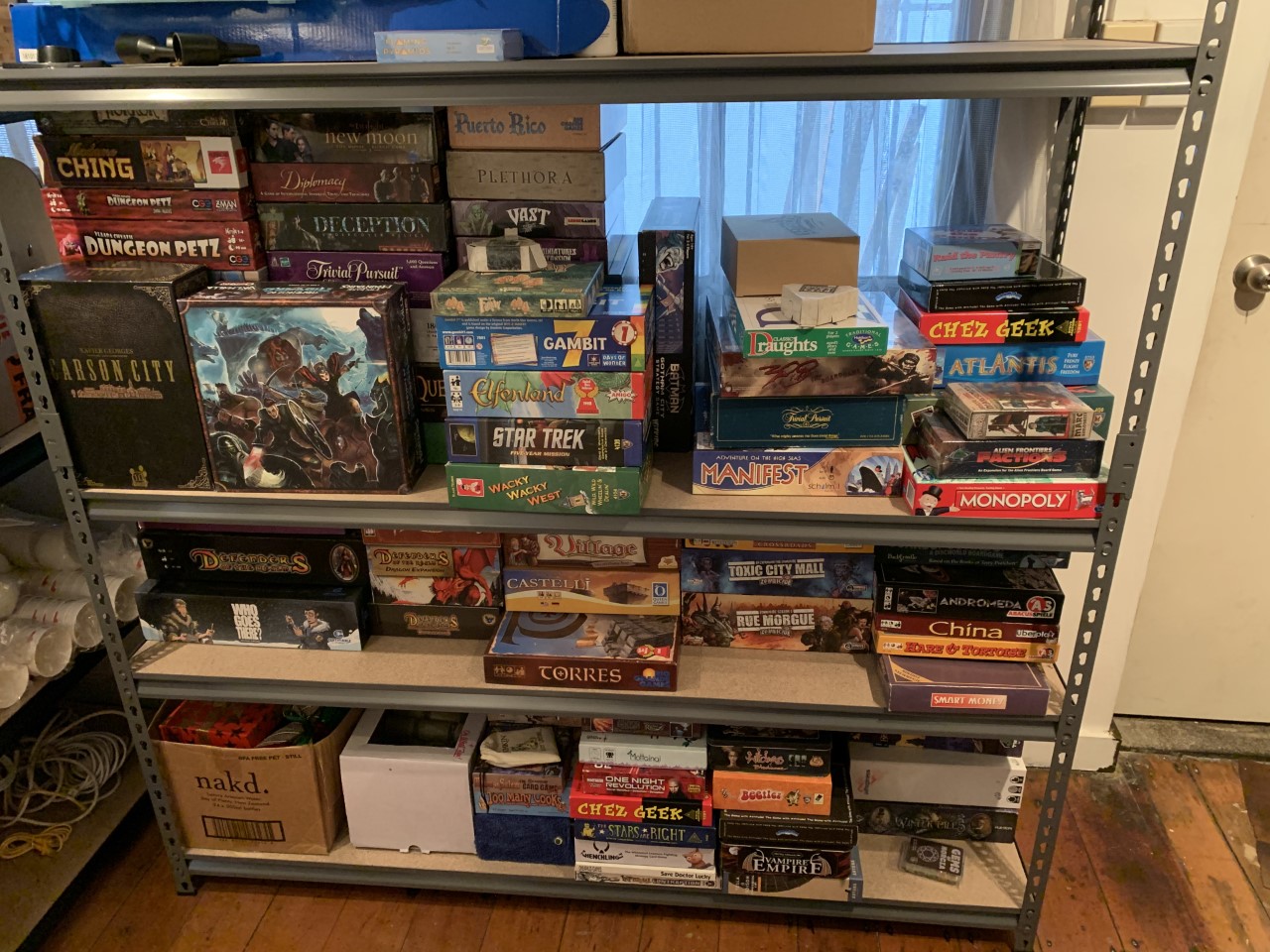 While perusing the Games List you might notice that some of the games are located in the “Vault” section. What does that mean, exactly? And why can’t you find these games when searching the shop?

Basically, those are the games that have been played the least, so we’ve put them away in back. We’ve been keeping track of which games are played for over a year now, and if you can believe it, anything listed in the Vault hasn’t been played even once in the past year. It’s a shame, really, but such things are inevitable as our library grows. Newer games will often outshine the older and more obscure. Some of them are also a bit too complex for most casual café-goers to want to have to learn, so we understand.

Whatever the reason, we’ve been running out of space for new titles and needed to clear some room, so those that haven’t been as popular have been relegated to the Vault. If you see a Vaulted game on the list that you’d like to try, that’s great! Just ask one of us, and we’ll happily grab it from the back for you and find a place for it out front again. Who knows? Maybe you playing a game from the Vault is all it needs to give it new life and get other people interested in trying it out too!

Below is the entire list of games currently in the Vault.